← A hungry mouth to feed …
Hooked on harriers →

I have just returned from a great 10-day trip to the hills of Andalusia in Spain. The birding was, frankly, a bit of a wash-out, partly because I was busy walking over tough terrain, partly because it was bit too early for migrants (a soaring Black Stork provided a sensational exception), and partly because it did rain rather a lot. So attention turned from the skies to the ground, with a spot of orchid-hunting on the shrubby hillsides.

I must admit I’ve never really been interested (at all) in flowers, but I was inspired by the enthusiasm of our guide, Dave from Walk Andalucia. It was a bit early in the year, and the ground had been stripped bare by severe rain over the winter, but after a day of searching we found this little beauty, right next to the car park. 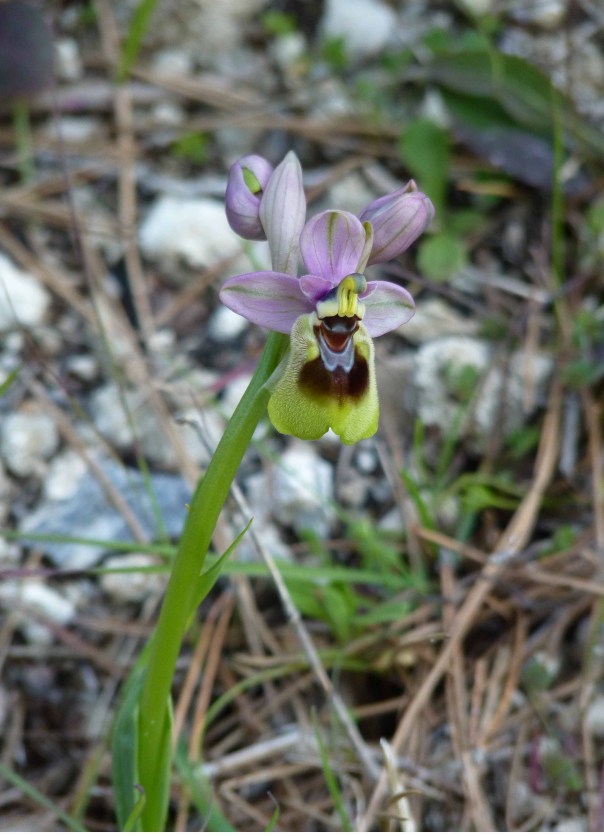 Its a Sawfly Orchid, one of the bee orchids, flowers that are among nature’s craftiest tricksters. Each species depends on a single species of insect (in this case, a sawfly) to spread its pollen about. The flowers look a bit like a female sawfly, and they release chemicals called pheremones into the air; these mimic the pheremones released by the insects to attract a mate. To a male sawfly, the combination is irresistible. Seduced by the flowers sexy looks and great scent, he swoops in to ‘mate’, but ends up with nothing more than a dusting of pollen for his trouble, and flies away. Should he be fooled again the pollen will be transferred to another orchid, at which point seeds can develop.

Close to the Sawfly Orchid was another species, the Early Purple Orchis mascula. 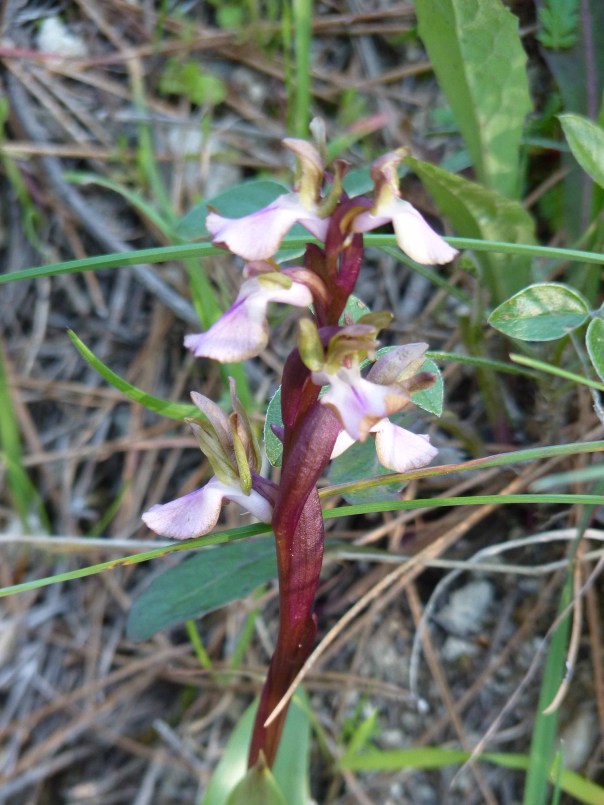 Later, we found this:

The last of our orchid discoveries. A glance at Marjorie Blamey’s excellent Wild Flowers of the Mediterranean reveals that these bee orchids are really, really hard to tell apart. But I think this is the Dull Bee Orchid, Ophrys fusca. If any orchid experts out there want to put me right, by all means drop me a line …

So, orchids – jewels of the undergrowth. I’ll be looking hard in spring for some English varieties. But just to show we did enjoy some fauna to go with out floral finds, here’s a sumptuous Spanish Festoon Zerynthia rumina.

Learn more about Europe’s orchids in this A&C Black title:

← A hungry mouth to feed …
Hooked on harriers →