Well, there’s only one story in town, and a First for Britain to boot. The South Shields Eastern Crowned Warbler wowed the (vast) crowds, BBC News had a full report, and even the Sun devoted a page to discussion of the twitch – including a photo of the poor, lost, wind-battered little bird, which right now should be sunning itself in a forest in South-east Asia but is instead shivering amidst the gloom of a disused Tyneside slate quarry. 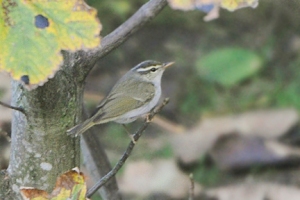 The warbler that launched a thousand twitches (Rebecca Nason)

Its been an astounding month for megas – where will the madness end? Highlights included a Sandhill Crane that set off south from Orkney before vanishing somewhere over eastern Scotland – I was convinced it would pitch up somewhere handy like Rainham Marshes – and an obliging Brown Shrike. This little Siberian beauty picked a superb transport hub to hang out at – right beside the M25 and slap-bang next to Heathrow Terminal 5. I had to go and have a look – what a bird. When I was there a Sparrowhawk was soaring overhead, keeping a beady eye on events below. This may all end in tears yet. 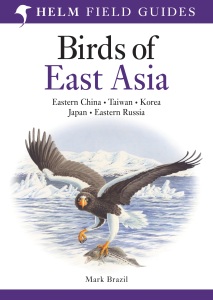 Posted on November 16, 2009, in Our stuff and tagged Eastern Crowned Warbler, wildlife nature books. Bookmark the permalink. Leave a comment.